Yesterday the heavens opened up over Leicester and it was kind of wet everywhere. As the PTB don't really think my floor of the Charles Wilson is worth improving, our labs are apparently not quite waterproof. I shouldn't complain because after two months of picking up crisp packets we finally got a cleaner last summer, while one floor up they have the builders in installing a wedding room for external events. Nice priorities there.

We have a few problems with our rooms here. So much so that one of our demonstrators (I'm not saying who, but guess) mailed the following urgent email to all of us:-

There has been water coming into the lab by student PC 134. The window cannot shut properly by this pc. Some of the students have smelt burning.

To which he got the (pretty obvious and yet amusing) response of:-

Switch the machine off, and if you have any blue paper towel mop up the water as best you can.

I went through to the lab to make sure everything was okay, I was expecting said fellow to be either electrocuted, or crouched in the fetal position, worrying as he had no blue towels, only white towels. Thankfully we had a student who in the 20 minutes the email exchange took was smart enough to activate the circuit breaker for that part of the room. 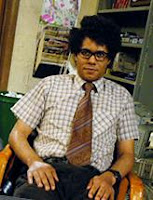